Confessions of a Major Case Detective 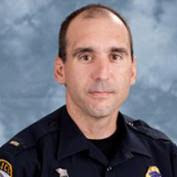 I currently serve as Commander of the Criminal Investigations Division of a medium-sized agency in a college town. Most of my career has been spent working investigations. I began as a robbery/homicide detective in 2003.
Although this was most of my caseload, I’d pick-up a sexual battery periodically while working a night shift rotation or on a call-out.  I will admit there were many times when the sexual battery victims’ veracity seemed dubious. Either the story was inconsistent, core details were missing, or the victim had waited several days to report. As a well-trained interviewer, these were the classic signs of deception.  Although I never actually called them liars, I never worked these cases as hard as I should have. I figured they were instances of morning after regret or their current boyfriends were making them report. I couldn’t have been more wrong.

Fast forward to 2017: I’m now the boss over the special victims unit, as well as, other major case squads.  Last year I attended a two-day training with Russell Strand,* the former US Army Special Agent who developed the FETI (Forensic Experiential Trauma Interview) process, where he spoke extensively on the neurobiology of trauma.  This was quite an “aha” moment for me.  It became clear that all the classic signs of deception I had learned throughout my career – not making eye-contact, looking anxious, and having a disorganized story – were completely normal for a victim of trauma. The inconsistent statements and lack of core details should be expected. These are not signs of deception—these are biological reactions to trauma. In fact, suspects are usually much more believable because they are not suffering the effects of trauma and can weave a convincing account of their own blamelessness.  I learned I should also accept that MOST victims will delay reporting due to feelings of shame and embarrassment. Needless to say, my current squad of special victims unit detectives have been well schooled in this area, and they are second to none at helping survivors of sexual assault.

Not long after Strand’s training, we had a case that was an eye-opener for me.  There was a young college female, about 18 years old, who I will call Mary. Mary went to a local college bar and had a few drinks.  She met a guy there who I will call Sam. Mary and Sam drank and danced and were having fun. They kissed a little, and Sam asked her to go to his car to “make out.”  Mary reluctantly agreed but said that all she would do was kiss because she had never had sex. When he got her into his car Sam raped Mary in the back seat. Afterward, as Sam drove her home, he struck a curb which attracted the attention of a nearby officer. The officer attempted a traffic stop believing the driver, Sam, to be a possible DUI. Hearing the siren, Sam fled in his vehicle, driving a few blocks away and then running from the car. As the officer approached the car, he saw Mary crying uncontrollably in the back seat. She told the officer she had been raped. Sam was eventually captured and charged with sexual battery.

This seems cut-and-dry, which it is, but let me pose the alternative. Instead of being intercepted by police for possibly driving drunk, let’s say Sam took Mary to her home and dropped her off. This is a much more likely scenario. The odds are Mary would have waited a couple days to report. Her account could have been inconsistent due to the trauma and alcohol. In the past, I would have suspected she was “regretting” her decision to have her first sexual encounter in the back seat of a car behind a local bar.  With his lack of trauma, Sam could have come to the station and given a perfectly clear account of meeting a girl in a college bar and “hooking up” with her out in his car.

Mary’s case was another “Aha” moment for me. Ten years ago, I most likely had a case very similar to this. I now regret how I handled those cases early in my career; however, the science was not clear and there was no training in this area. We know only 20% of victims of rape report to law enforcement, and we know most suspects re-offend multiple times so we have very few chances to catch the predator.  Now that we know all this, we must do a better job–first, to do justice by the survivor we are working with, and second, to protect others from becoming victims in the future.