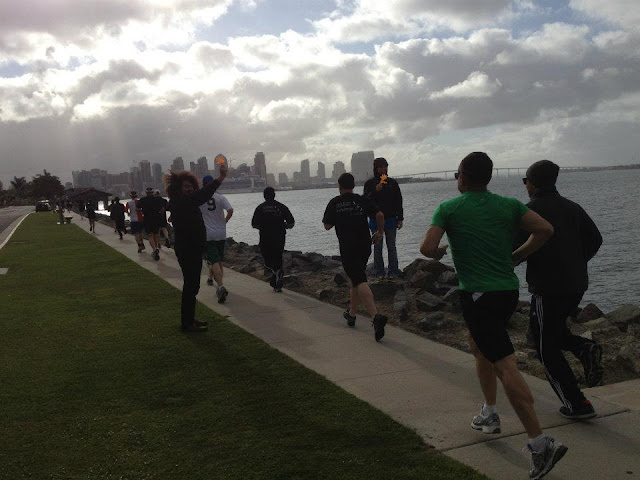 Why do you run? Or walk? Especially early in the morning when you could be sleeping? Or when it’s windy? Or rainy and cold? Or when you’ve had a long day… or worse (to some) a long night? Most times we get asked the question from someone who does not run or walk.  Often the person asking the question asks in such a way that really says, “Are you crazy? Why are you doing this to yourself?” 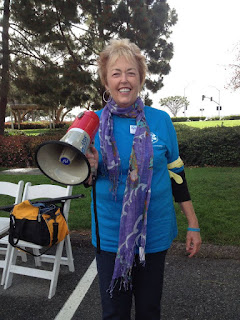 It’s a good question, isn’t it? Did you ever think about why you do it? What motivates you to get up from a warm bed to, seemingly, torture yourself? What makes you want to get out there and get going?

Honestly, I’m a walker – running, ahhh, no. In fact, I’m one of those people who asks runners – why? For me, walking in the early morning is both personal and focused on others.  Personally, I walk to lose weight, to stay in shape, to ‘rev my engine,’ to enjoy nature and to see what is growing and blooming around town. 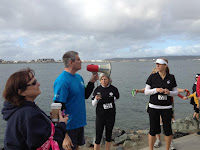 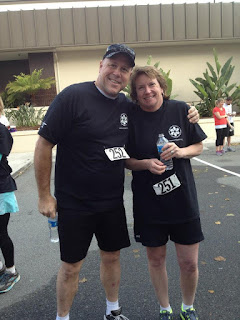 This year in Orlando, EVAWI is hosting a 4K Run Walk n' Roll on April 20 - the last day of its annual international conference.  It’s called Move for the Movement and it starts early – 6:45 a.m. Anyone can walk, run or roll with us – conference attendees, community members, those visiting the area and guests of the beautiful Orlando Hilton. Won’t you join us? 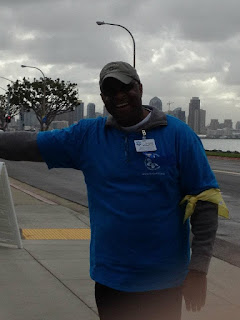 For whatever your reason – to rev your engine, for the comraderie, to get a head start on the day or to just enjoy the early morning with us.  If you’re not attending the conference, or you just can’t bring yourself to get up that early, please consider donating toEVAWI.  Send the message that gender-based violence will not be tolerated.

Before anyone asks you why you’re doing it, ask yourself – why do I run? Why do I walk? I’ve already thought about it – I will walk because gender-based violence is unacceptable.  I will walk because offenders need to be held accountable.  Whether for personal reasons or for other reasons, please join us bright and early on April 20! You’ll be glad you did. 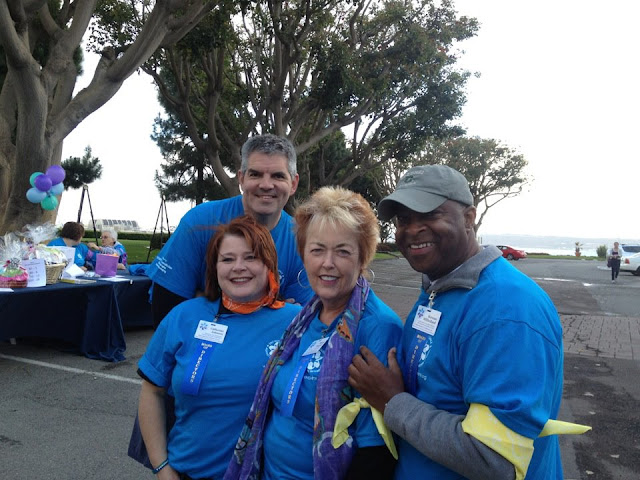 Posted by EVAWBLOG at 9:10 AM No comments: 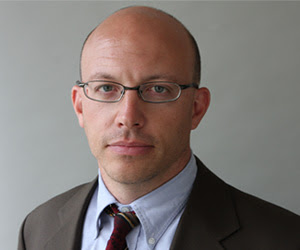 T. Christian Miller is a veteran reporter who covered the 2000 presidential campaign and served as a bureau chief for the Los Angeles Times. His career also includes stints with the San Francisco Chronicle and the St. Petersburg Times. He has won numerous awards for his reporting; he will be presented with another next month at EVAWI's International conference in Orlando, FL.

EVAWI: First, congratulations on the Media Excellence Award you'll receive next month in Orlando at the End Violence Against Women International conference. Reporters don't do what they do with an eye on winning awards, but what does this group's recognition mean to you?
Miller: I’m thrilled to have been honored with this award. EVAWI was an incredibly important resource to me and my colleague, Ken Armstrong of The Marshall Project, during the reporting on our investigation, An Unbelievable Story of Rape. I counted on Joanne Archambault, Kimberly A. Lonsway and others to provide fact-based perspectives on the topic of sexual assault. To me, the award is recognition that we were able to successfully share their knowledge with a wide audience of the general public.


EVAWI: You'll be presenting to the entire group of attendees -- probably 2,000-plus -- on the first morning of the conference. Without giving away the farm, can you give us an idea of what you'll be talking about?


Miller: Sexual assault is an incredibly complex topic. The media face challenges in accurately and compassionately reporting on it. I hope to share with the audience an insider’s look at how we reported and wrote our story. I also want to examine the role that the media play in helping to maintain – and dispel – the stigma that surrounds the issue.


EVAWI: You worked on the story of Darren Sharper, the former NFL star who last year was sentenced to 18 years in prison for a series of rapes. What was the one aspect of your reporting that surprised you the most about that case?


Miller: The Darren Sharper case actually launched a broader inquiry into how the police investigate rape. Sharper pled guilty to committing a number of rapes in a number of different jurisdictions. When I began examining those cases, I was surprised at how detectives in some jurisdictions had missed obvious connections that might have been able to put an end to his predatory behavior sooner. That discovery led to our story on the hunt for serial rapist Marc O’Leary – a case filled with examples of both good and bad police work.


EVAWI: ProPublica -- and you, personally -- have developed reputations for not being afraid to dig into difficult stories. That seems rare in journalism these days. How did this develop for you and your company?


Miller: ProPublica is a non-profit investigative news organization that collaborates with other media to do stories with moral force. To execute this piece, ProPublica joined hands with The Marshall Project, an investigative non-profit devoted to criminal justice issues. Both of our organizations have a strong commitment to doing powerful, complex stories. This work is not always possible at traditional media outlets, which have been squeezed by economic pressures. Both our groups have been lucky to count on donors who recognize the importance of in-depth and independent reporting.


EVAWI: Is there a story you haven't worked on yet that you'd give anything to tackle?


Miller: This is an interesting question. Most of us are familiar with non-profits and journalistic organizations that tackle cold cases involving murder, sometimes solving cases that occurred years prior. I have wondered whether a similar initiative might be possible for cases involving sexual assault. It’s something that I am certainly open to exploring.

If you would like to hear Mr. Miller speak, join us on April 18, 2017 at the International Conference on Sexual Assault, Domestic Violence, and Systems Change!  You can register at www.evawintl.org.

Posted by EVAWBLOG at 8:40 AM No comments: